Birthdays, Cousins, Where Does Time Go?

I took this picture with my little Brownie camera on an Easter Sunday, many years ago. It's my sis, and cousins (from right to left) KLR, KDR, and PKR.

Here PKR is, on his knees, during a performance of Godspell.
(it's the November 18th post)
You are lookin' good PKR!
"Happy Birthday toooo you!"
And, KLR took this one of me! Oh my... 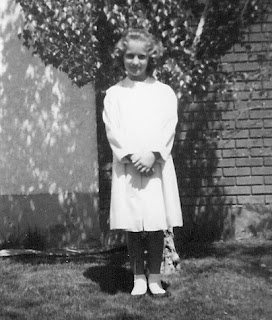 Speaking of birthdays, I celebrated mine on Sunday... my 52nd! Ouch! There's a dose of reality, but the alternative to having a birthday is not so great! I'm thankful for every new day I am given, wrinkles and all!


My husband surprised my with a brand new RED (my favorite color) Kodak EasyShare Camera! And a case! I was so surprised! I've haven't had time to play with it yet, but I will be posting some pictures soon.


He baked me a Pineapple Carrot Cake with Cream Cheese Frosting! Heaven! And he picked up one of my favorite dinners, Lemon Rosemary Chicken, from Johnny Carino's. We relaxed, watched some TV with my boys, ate more cake... It was a beautiful, relaxing birthday.
Posted by Nita Jo at 11:07 PM 9 comments:

Christmas Giveaway from The Charm House

Yvette, from "The Charm House" is hosting a wonderful Giveaway. It's a three piece nativity set, and it is beautiful. You can enter by going here, or by clicking the photo link on my sidebar.

While you're there, take a moment to read through her inspiring posts, and take a look at her lovely artwork. I think it will bless you as much as it did me.
Posted by Nita Jo at 10:33 PM No comments:

This was written on November 8, for the Sunday Scribblings prompt "Change". I had to put it on the back burner until now, so there are some posts that I wrote after this one. I hope you'll scroll on down and check them out...


I need change. After months of dealing with new MS issues, it was beginning to get to me. I dropped by my church this morning to deliver food for the members of Laurie Roberts band and the volunteer workers. I decided to pop into the sanctuary to hear them practice for the evening concert. I didn't know if I would be up to attending.

As I sat there listening, I found the songs touching me in a new way. During a break, Laurie brought her friends, Pastor LaShund and Kadesha Lambert, back to meet me. When she told them that I had MS, they said "Let's pray right now". I felt such a change pouring through me as the three of them began to pray. No, I did not experience an immediate physical healing. I had a spirit healing.

I try to keep from being negative about everything that MS has done to my life, but the truth is... some days are just so hard. It's like taking two steps forward and four back. As I stood letting their prayers roll over me, I regained some of my spiritual strength.

This week, I found a website that spoke to me. It's written by a lady with Lupus. There are so many familiarities with MS symptoms. It's here: But You Don't Look Sick... The Spoon Theory . Some days I just run "out of spoons"... you'll have to go read about it to understand what I mean by that.

After Laurie, LaShund and Kadesha prayed with me and for me, I knew I wanted to be able to come back for the concert at 7 PM. I went home and slept for over two hours. I was saving spoons... I knew I would need them if I was going to attend. I'm so glad I did! The concert was so uplifting. It was more than a performance. It was a time of worship... a time of blessing.

The change I felt was worth more than the spoons I reserved. I might have used them to clean my house, do some blogging, or run errands. I'm thankful I saved them for a time of spiritual enrichment. I am thankful for the spiritual healing. New strength to carry on. Courage for the challenges. Renewed belief in the awesome power of prayer in my life.
Posted by Nita Jo at 4:05 PM 3 comments:

It's a Beautiful Autumn Day... and Free Images

It is a beautiful autumn day. I was doing some clearing up around the house, then decided to go through my photo files on my PC. I found a ton of art images that I haven't gotten around to using, so I decided to share some Free Images with you.

I only found one Thanksgiving picture in my files. It's this turkey from Dover Publications. If you click on the link, it will take you to their home page. They have all kinds of publications, including clip-art. You can sign up to get Free Sample images that can be used in your own creations. They also have some amazing sales on books of all kinds.

You just click on the image to enlarge it, then right click and save to your files. 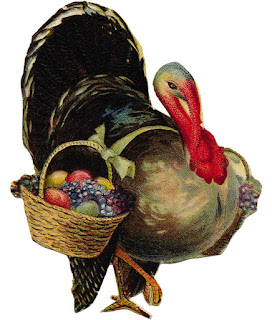 Also, from Dover are the following three Christmas images. 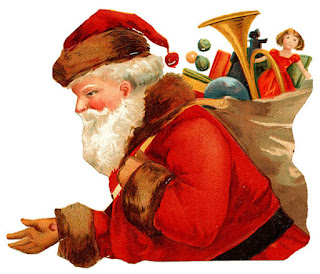 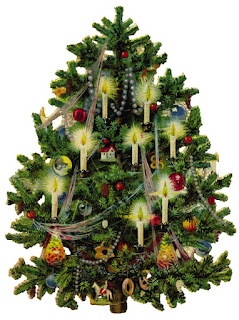 I hope you enjoy using these in your own art projects. There are a few other images I offered in the past. Just click on the Free Images label below to see them all. Any images not marked as free are owned by me, or used with permission of the owner. Please honor my copyright on all other photo's, images, and writing.
Blessings!
Nita Jo
Posted by Nita Jo at 2:27 PM No comments:

Well, it's been a rough couple of weeks, but things are getting back on track now. I'm missing my cats... we'd had Muska for several months. She was abandoned by her owner when the vet refused to "put her down"... she was too healthy for that, so we took her in. Then we had a stray show up at our door a couple weeks back. A darling little Siamese. He was so cute... except for the claws. My last two cats were declawed, and I'd forgotten what a kitty can do to a perfectly lovely sofa or set of drapes! But, as time passed with no one advertising for him, or answering our "Found Kitty" ad, I got quite attached to "Koko" (named after the lead "cat" charactor in the "Cat Who" mysteries). Then Muska began misbehaving... let's just say I had to shampoo my hallway carpet more than once a day. Anyway, between the rips, uprooted plants, smells... PJ had enough of it so the kitties had to go. I couldn't bear to take them to the shelter, so he did it.

PJ didn't realize how attached I was to them. I guess I didn't either, as I cried like a baby the minute he drove away with them. He was just concerned about me. Being as physically challenged as I have been the past few weeks, I did not have the energy or strength to stay on top of even the minimal keeping of the house, getting meals done, and several days I couldn't even make it out to the mailbox. He felt the cats were an additional strain on me. I'm sure he was right, but I still miss them.

One bright note... PJ was told we could call in and keep track of what happens with them. They felt the two would be adopted in a very short time... they are both adorable.

Now on to other news. Last weekend I went to my cousin Laurie's concert on Saturday evening (see the photo link on my sidebar). It was wonderful! It was the first local concert for her "Perhaps God" album and was a blessing! I also made it to church for the Sunday morning service, but by the time church was over I could barely make it to my car.

I am much better today. I even felt well enough to go to my son's Orchestra concert tonight. It was a combination of Orchestra and Concert Band. They each played a couple selections of their own, then they joined together to perform a song from the Harry Potter movie soundtrack. It was excellant!

Well, it's late. I'm going to force myself to go to bed. I napped all afternoon so I could be sure to get to Lucky 13's concert, but now I don't feel sleepy at all.

Blessings to you, my friends! I appreciate the prayers and concern you have expressed. I am taking each day as it comes. I continue to have faith, and am thankful for each & every day.
Posted by Nita Jo at 11:39 PM 2 comments:

I found this video of Mahalia Jackson singing "Hold Me". It's one I had not heard before, but I loved it. I hope it has meaning for you.

With change in the air today, as millions cast their votes, I said a prayer for our next president. No matter what our personal beliefs and politics are, we need to stand behind our leaders with prayer... even if our choice is not the winner of this election.

I also said a prayer for President George Bush and his family as they prepare to step down from the presidency. I pray for them to be blessed, and that they would have peace in the days to come. I believe he lead this country the best he knew how. I am grateful for the effort, even when I did not share his views.

I am not a political person, and I find it difficult to debate issues. The one thing I can say for sure, is that the shoulders of our next leader must be strong and broad. As with every person who steps into office, they inherit "what is" and must deal with those issues that are most pressing, starting from day one. What a huge, awesome responsibility. Please join me in praying for our next president... Democrat or Republican... Obama or McCain... equally, they will need our prayers and support. 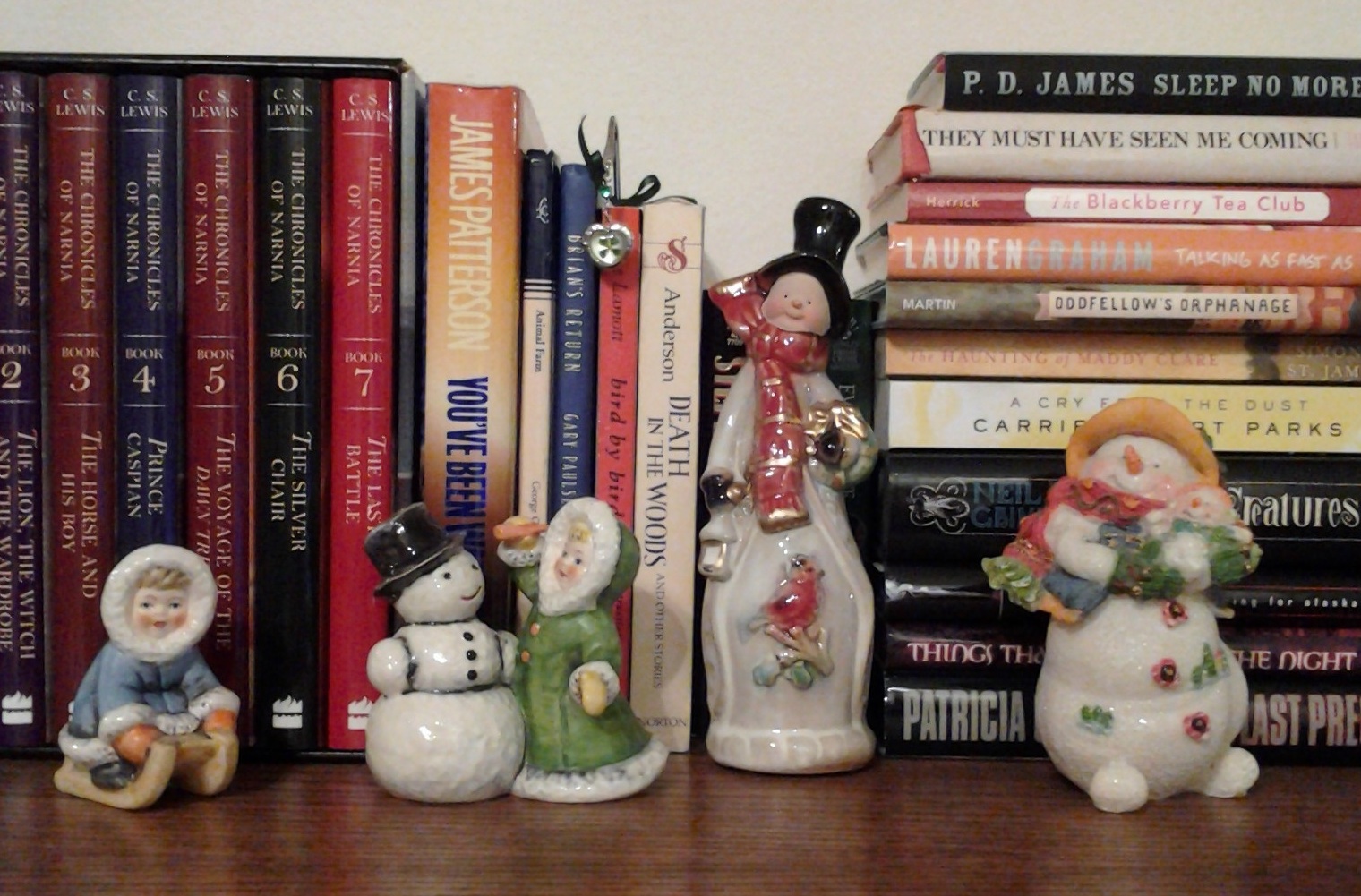 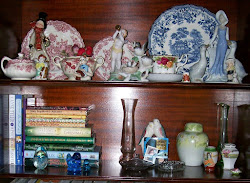 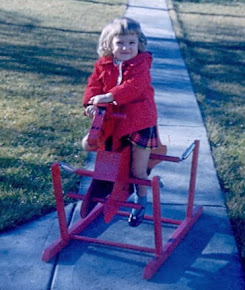 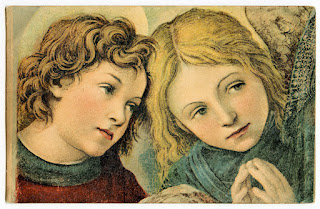 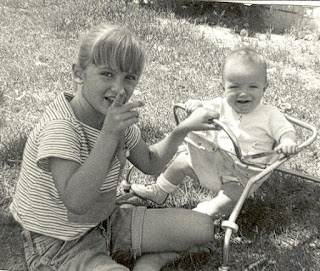